On Wednesday the 9th of April 2014, Buster the American Staffy unfortunately went missing from his Brisbane home. Fast forward 15 months and 3 days later, and finally some wonderful news for Buster’s owner Sebastian – he was found wandering in Logan Central, the same area he went missing from so many months earlier! His rescuers handed him in to a local vet, where his microchip details notified owner Sebastian of his furbaby’s whereabouts.

Since Buster’s disappearance, Sebastian had moved from his Brisbane home to Cairns. Now with 1,700km separating each other, Sebastian was faced with the dilemma of how to get Buster to his new home. Enter Jetpets! We were very happy to offer Sebastian a complimentary door to door service so that he could be reunited with the lovely Buster.

Buster’s story has reached over 18,000 people through his Facebook page dedicated to finding him. Support has come from all across Australia, even over international borders, with messages of support coming all the way from USA! 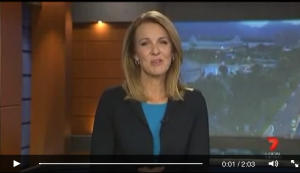 A man has been reunited with his best friend after more than a year apart.Sebastion Howe never gave up the search for his beloved dog Buster. His determination proving some bonds really are unbreakable.