Home / Blog / How do you transport two Lionesses from one side of Australia to the other? 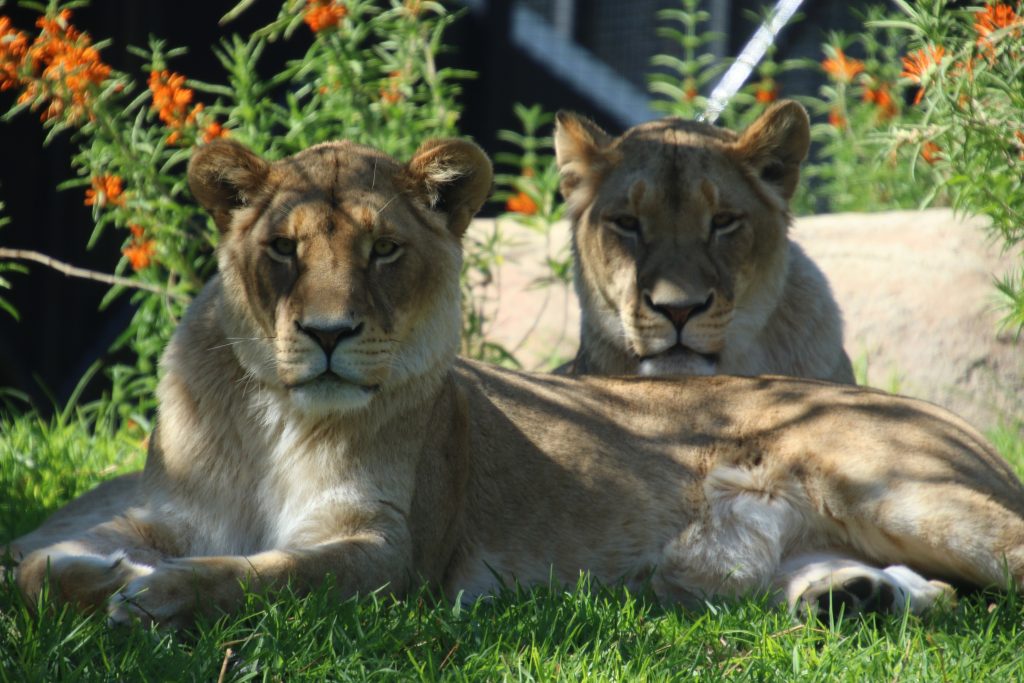 Makeba and Uzuri settling in after their journey with Jetpets. Photo Credit: Perth Zoo

Makeba and Uzuri are 3 year old African Lionesses, and we were so excited to take care of them during their travels from Taronga Western Plains Zoo in Dubbo to Perth Zoo.

A lot of planning goes into our Special Moves, particularly when the Special Move involves two Lionesses that weigh in excess of 150kg each. With Makeba and Uzuri’s welfare at the front of our mind, our Special Moves Coordinator Sarah worked closely with both zoos to plan the logistics of the move. 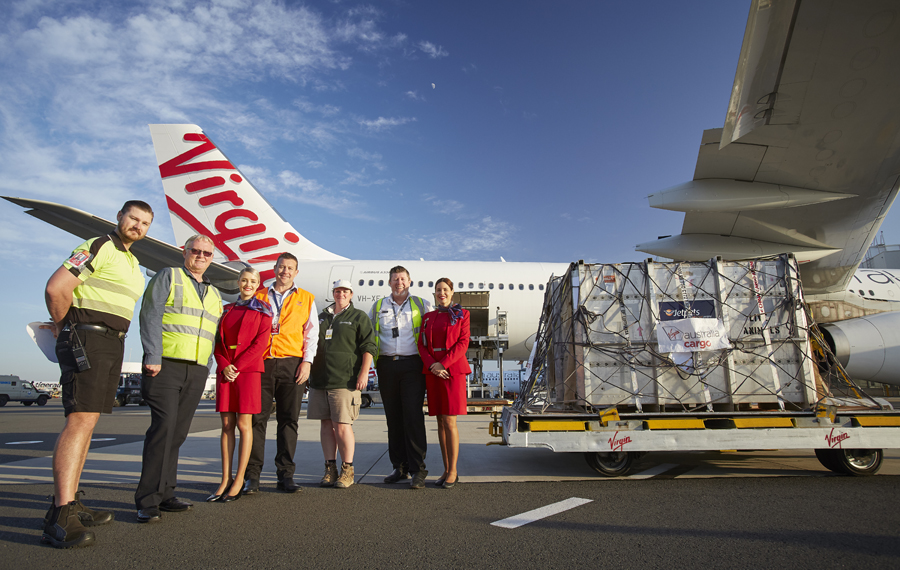 Makeba and Uzuri travelled on a Virgin Australia Regular Public Transport flight that departed from Sydney at 7.15am, which ensured that the animals were not travelling in the heat of the day. They travelled in their own airline approved travel crates, in a cabin that was air pressured and climate controlled, just like the passenger cabin. 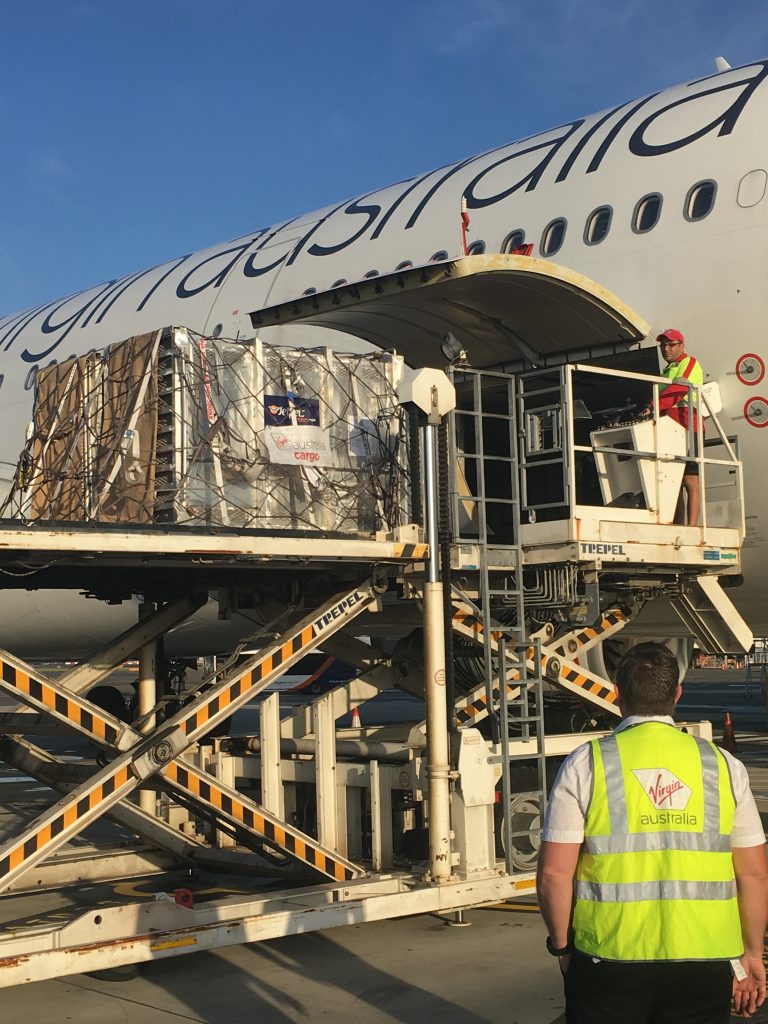 Makeba and Uzuri being loaded onto Virgin Australia Aircraft

Upon arrival into Perth careful planning was in place to ensure the Lionesses were first to be offloaded from the flight and into Jetpets care.

Our Pet Handler then delivered Makeba and Uzuri to Perth Zoo, where they had a process in place to introduce Makeba and Uzuri into their new environment, and a nice environment at that. Perth Zoo has recently constructed a new breeding facility and exhibit for African Lions, taking Western Australia’s ability to make a difference to global lion conservation forward in leaps and bounds.

The new $3.4M facility will house up to eight animals in the future. It includes special dens and holding areas for mothers with cubs. 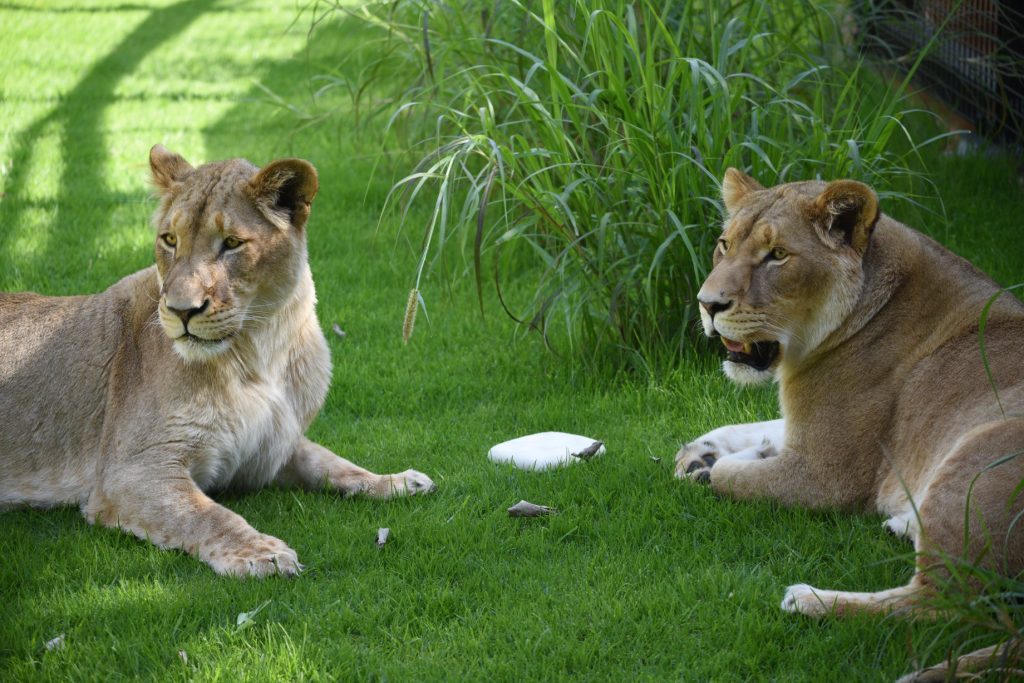 Managed breeding is critical for this species which has already gone extinct from 26 African Countries. There are as few as 20,000 African Lions left in the wild.

The Lionesses are appropriately named; – ‘Makeba’ means greatnessin Ethiopia and ‘Uzuri’ is Swahili for Beautiful.

We look forward to following Makeba and Uzuri’s journey into motherhood.

If you would like to see these amazing Lionesses and learn more about Perth Zoos conservation efforts you can visit Perth Zoos website and arrange a visit.